December 28, 2017
I am truly puzzled by a new fad that's sweeping the youth of today. I'm puzzled because it's not new at all. In fact it seems to me to be a retrograde step in the relentless evolution of technology. I'm talking about the Polaroid or Instant Camera. 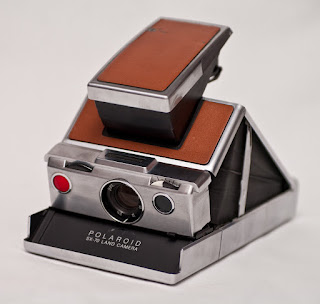 And here's the one my son just got for Christmas: 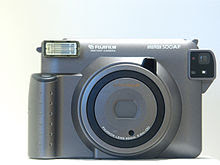 In 2008, Polaroid went bust (again!). The world had gone digital. Film cameras had all but disappeared. Serious photographers today use digital SLRs made by the likes of Canon and Nikon. The rest of us use our ubiquitous smartphones. And with cloud storage, we are no longer constrained to the thousands of high resolution images our phones and cameras could store locally. Now our personal picture-taking capacity is limitless. Film and cartridge cameras limit you to a handful of pictures before you had to - expensively - load the camera again.

And because our pictures are digital, we can take as many as we want, select the best, delete the rest, alter the ones we want to keep and share them with the world through online albums and of course, social media... where we can also 'tag' who's in them (so they can be alerted instantly the moment they're published as well). Not so printed pictures. At least not easily and not as first generation images (ie they have to be converted into a digital file first).

So why the sudden excitement about instant cameras again, where you load them with cartridges containing 20, 50 or 100 sheets? You can't save the pictures you've taken on a PC, your phone or the internet. You can't edit them. You can only produce one version of what you've taken - good light, bad light, in focus, out of focus, well framed, badly framed, what you hoped for, not what you hoped for. So it's a single version of something that isn't actually instant (unlike a digital pic that you see on your screen instantly, you have to wait ages for it to develop after you've pulled it out of the camera), and where it's relatively random whether it's any good or not. Presumably long after the moment has passed to capture the image you wanted.

I asked my 21 year-old university student son why he wanted something so apparently archaic. So inflexible and so unlike any tech stuff we're surrounded by today. He replied that this was part of its appeal. It's not like all his other tech. It has retro charm, no connectivity to worry about, no bandwidth requirements and no compatibility issues (other than the replacement cartridges). It also makes you take more care about the picture you're taking. You can't take a quick one, then recompose as often as the subjects will hold still.

But the main appeal, apparently, is that it's not repeatable like a digital picture that be shared widely or even go viral. Every picture is strictly unique. There never will be another one exactly like it. Ever. It's a unique memento and a unique gift. From a practical point of view, it saves you having to print it out if you want to keep it in your wallet, a picture frame (although it is very small) or in a physical album (compiled ones of holidays and people's lives are becoming increasingly popular gifts these days). The end result is a piece of paper with an image on it. A digital picture taken by a camera or phone can end up as piece of paper with a picture on it, but that requires computers, programmes (now annoyingly called apps, whether on a smartphone or not - why?!), printers, special paper and probably some scissors. Click. Wait a bit. Unique printed picture. Which is weirdly what from time to time, young people these days apparently want. What a shame just 10 short years ago, Polaroid and their backers didn't predict this. They would have been exceptionally well placed to clean up today (in fact their brand lives on, but purchased from the liquidators).

What is happening is that our needs are evolving as the world changes around us. We've still got our smartphones and their ever increasing speed, quality and flexibility for taking pictures. But what we've also developed is a need for something more private. And with less hassle for when all you want is a print - either to keep as a unique memento, or to give to someone special as a way of saying 'this is the only version of this image that exists or ever will exist. I'd like you to have it, and only you'.

The business lesson is simple. Don't look at products and think 'what can I make it do better?'. Look at behaviours and think 'what will help them be achieved better?'. And by better I mean faster, cheaper, more securely or more easily.

It's a lot easier to find a product and to evolve it. Make it faster, cheaper or easier to use. Whether the market wants to buy it is still a risk. The trick is to work out what people want to do with it first. Then think about how you can help them do it faster, cheaper, more securely, more easily or perhaps, and especially these days, more privately. It might even mean going back to basics to see if anything already exists, but might have been passed over as 'old-fashioned' to see if it can be revived.

My hats off to the instant camera revivalists who spotted the trend - not that I can get excited about it. But then I'm already retro.