Notebooks are Bonkers. Who Knew?


Most of us lead pretty complicated lives. We juggle work, social, play, relaxation and panic as best we can to achieve successes ranging from survival (ideally) to ecstatic amazement at our achievements – and all points between. Rarely does everything neatly fall into place precisely when it’s meant to. My life is no different from most, a chaotic combination of serendipity and attempts at using structures and disciplines to prevent me becoming overwhelmed. I muddle through.

When I had a proper job, I had tasks assigned to me, I developed To-Do lists and I adopted the Urgent/Important prioritisation matrix to decide which tasks to tackle first: 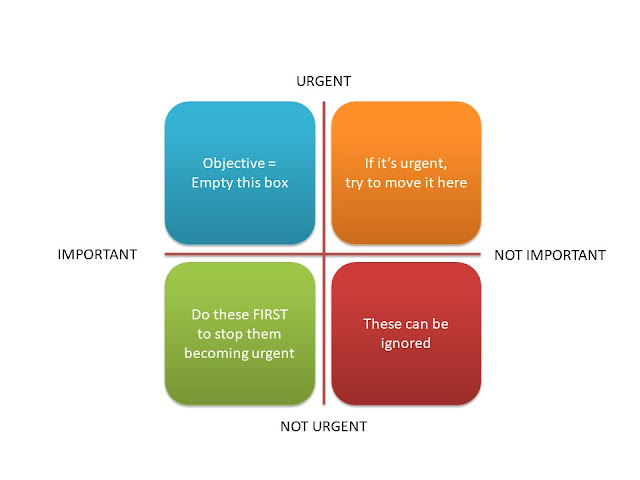 … which you can read more about here. But there was a catch. My lists and prioritisation techniques were defined by time. When should I do what? And in order to do most of the stuff in my lists, I needed information… and a lot of that information was in handwritten notes, recorded in the most haphazard way possible – sequentially. One after the other with nothing relating one note to the next except that it had been made after the one before it.

So I had goals and tasks defined by priority, and information resources to help me achieve them defined by the unrelated factor of when they had been created. Actually, it was worse than that. If I could relate a note to a date, then I had a chance of finding it again if I could recall that date or had a diary index system (like bullet journals perhaps). But like most people who don’t have the patience to create a bullet journal and who have decided not to use digital media to store notes (which automatically records dates and indexation), my notes were made one after the other. A note about a meeting might be followed by a mindmap, followed by a shopping list, followed by a jotted phone number.
The only thing relating one to the next was the completely irrelevant juxtaposition of what I was doing with my notebook before I made it, and then what notes I made after it. My ability to find a note was defined by my memory of what I was doing before and after I’d made it. When I searched for it, my brain was constantly deciding ‘was the note I want made before or after the one I’m currently looking at? Should I therefore head backwards or forwards to find it?’ Crazy!

Why did we all put up with this? Answer… because it was simple and we’d universally got used to it. 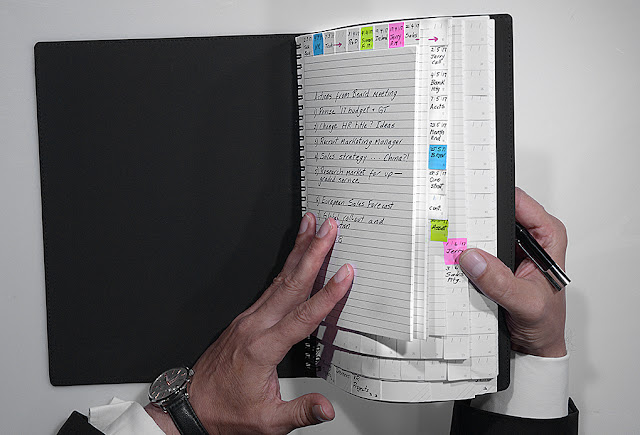 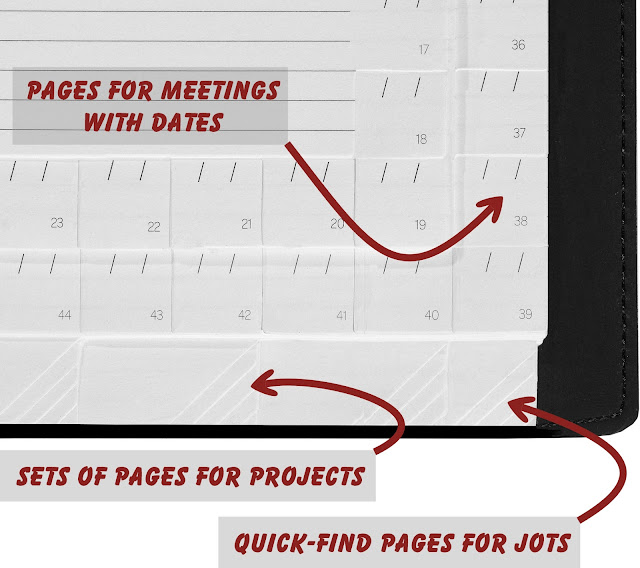 Which is why I invented TABi where every page has it's own tab to write a clue about what's on it. Suddenly I was more productive. My notes might still be made in chronological order (although I love using the project sets on the bottom row to cluster stuff I know I’m going to use a lot), but the relationship between each of them is no longer significant. My chaotic life can continue to be reflected in a series of randomly made notes, but my ability to find them again is no longer controlled by the order in which they are taken.