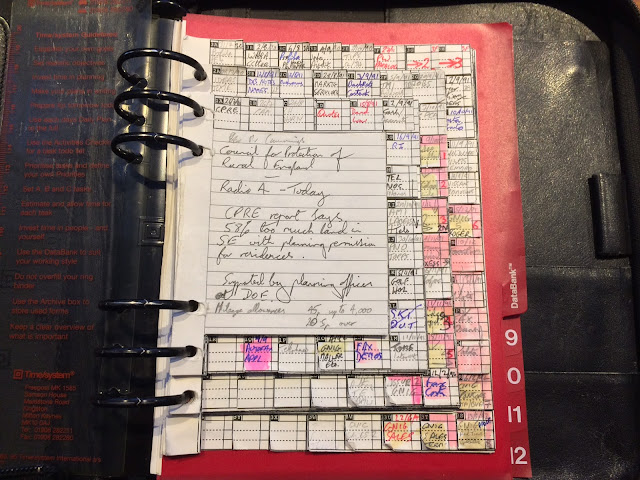 I created the original TABi prototype while working for BMW. Previously I used a day diary to keep notes, thereby having a timeline to assist note retrieval. When my calendar went digital, my notes became sequential, requiring me to recall whether each note I saw was made before or after the one I was searching for. There had to be a better way to find my notes. What was needed was a clue as to what was written on each page. A tab for every page. But ordinary tabs along one edge only gave me a few tabbed pages. I needed to invent a way to have tabs along more edges. So I tried running tabs along the top, the side and the bottom edges. Still not enough tabs. Then I hit on the idea of tiers, effectively multiplying the number of tabs by two or even three. TABi was born and I constructed the prototype you see above. I used it for some time, and liked it, but instead of developing it as a product, I reasoned that all notes would eventually go digital, so abandoned the idea and built (and sold) some digital companies instead...

In the meantime, the world remained largely in love with paper and writing notes (that they still couldn’t find quickly). While clearing out a store room at home, I came across this prototype and decided to experiment with trying to manufacture it. Several versions later I came up with this version manufactured in the UK (see pic below). It was exceedingly difficult to assemble but I managed to make a few hundred with the help of my children to market test. This version had rigid see-through plastic covers to protect the tabs while being able to read what was written on each tab (I had realised that it was not only important to spot the right page for the note you needed, but also the right book once you had generated an archive of them).

I took these prototypes to Paperworld in Frankfurt where together with a friend who shared my vision of disrupting the world of ordinary notebooks, we handed out business cards from by far the smallest stand at the show to the world’s stationery industry. We received lots of interest and encouragement. Plenty of comments like “the most innovative product at the show” and “why hadn’t someone thought of this before”. 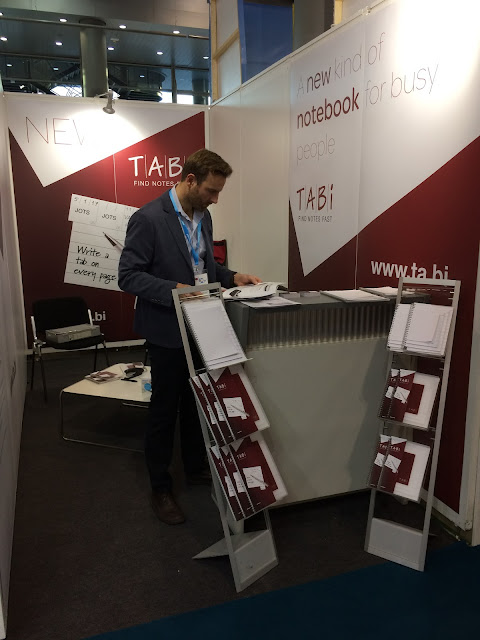 By chance, our stand was opposite Pukka Pads, the UK’s largest manufacturer of spiral bound notebooks. The managing director liked TABi but felt it was too complicated for them to sell. However, he offered to manufacture them for us in China – vastly reducing their potential cost and speeding up production. They also helped us evolve our design to the soft cover and simplified layout you see today. Our production is now independently sourced, but that early assistance by Pukka was a big help.

Now armed with the black versions below, and with the part-time help of Janine, the wife of the CEO of another company I founded, we built a brand: www.ta.bi Several retailers experimented with the product and we discovered that once consumers had the concept demonstrated to them, they liked the idea. But simply seeing it on a shelf did not attract sufficient attention to encourage the curiosity needed to find out more. Retail stores would only become an option if we invested large amounts in marketing. So we decided that approaching corporations might be a better route to volume sales and general adoption of the concept "Find Notes Fast!”, as well as trying to push the #TabitHabit to consumers on social media. So my long suffering wife Tricia and I exhibited at Merchandise World in Feb 2018 and then again in 2020, but it was always slow progress. Plenty of fans, not many orders. 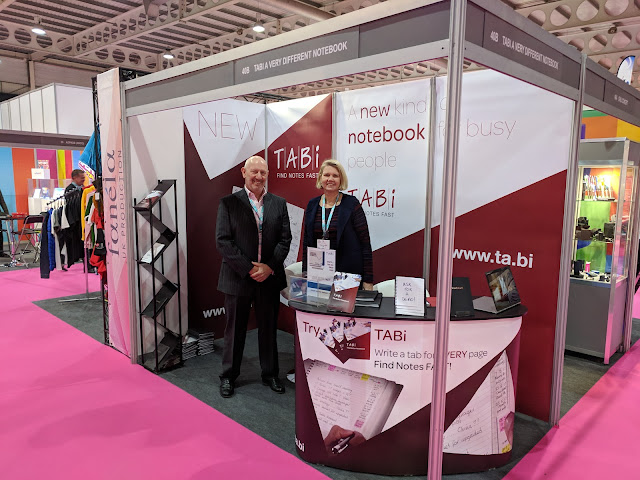 Despite being reasonably well received by the trade (including an order from the gods of search technology, Google!) the pandemic struck. It killed all corporate merchandising, but not before we had revised our production design in China. TABis now featured FSC paper, a pen loop, a front cover pocket, simplified tabbing array, dotted and lined pages, a removable ruler, re-insertable continuation pages, and eye-catching red covers. See below: 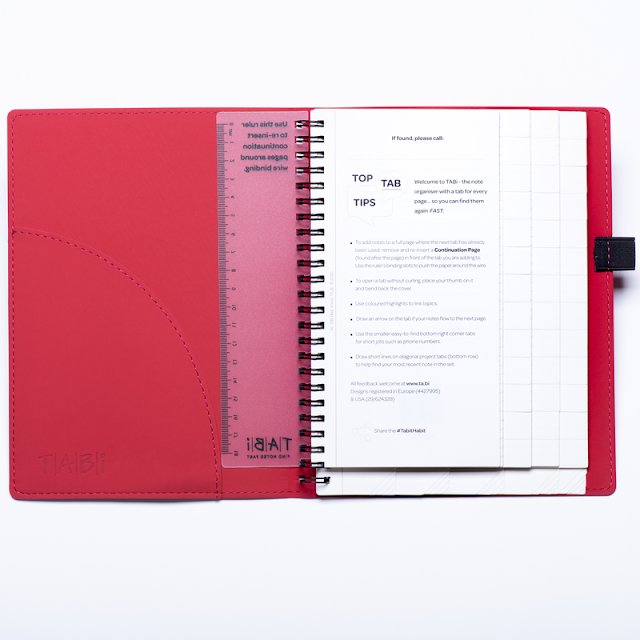 By now we had run out of black A4 and A5 versions and only had a limited stock remaining of the new Red A5 version (per above). Over the years, we had barely explored direct marketing, especially social media, and had been frustratingly and bizarrely forbidden to load short demonstration videos on Amazon to explain how the product worked because they had a rule “not to show anyone writing”… it’s what you do in note books! So sales only trickled through Amazon, and our website (I was really proud of the address www.ta.bi registered in Burundi!) remained lovely (in my view) but hidden.
We did, however, achieve many influencer reviews and endorsements which temporarily boosted sales, but couldn’t be sustained for repeat posts. Here are some samples:

As a result, therefore, of over 30 years believing there had to be a better way of finding handwritten notes, and experimenting on a small scale, I reluctantly came to the conclusion that despite thousands of largely British users loving the product (I had various conversations with possible export partners, but they faced the same challenge as me in the UK – how do you quickly explain TABi?), TABi needed a far larger marketing budget to introduce such a disruptive concept to the world than I was personally prepared to invest.
So the next chapter in the life of TABi awaits an entrepreneur with deeper pockets than mine, who wants to disrupt the multi-billion $ notebook market, and who probably already has a marketplace ripe for injecting new ideas. Are you that person? Call me, Jerry Horwood, on +447831 678955 for a confidential chat.